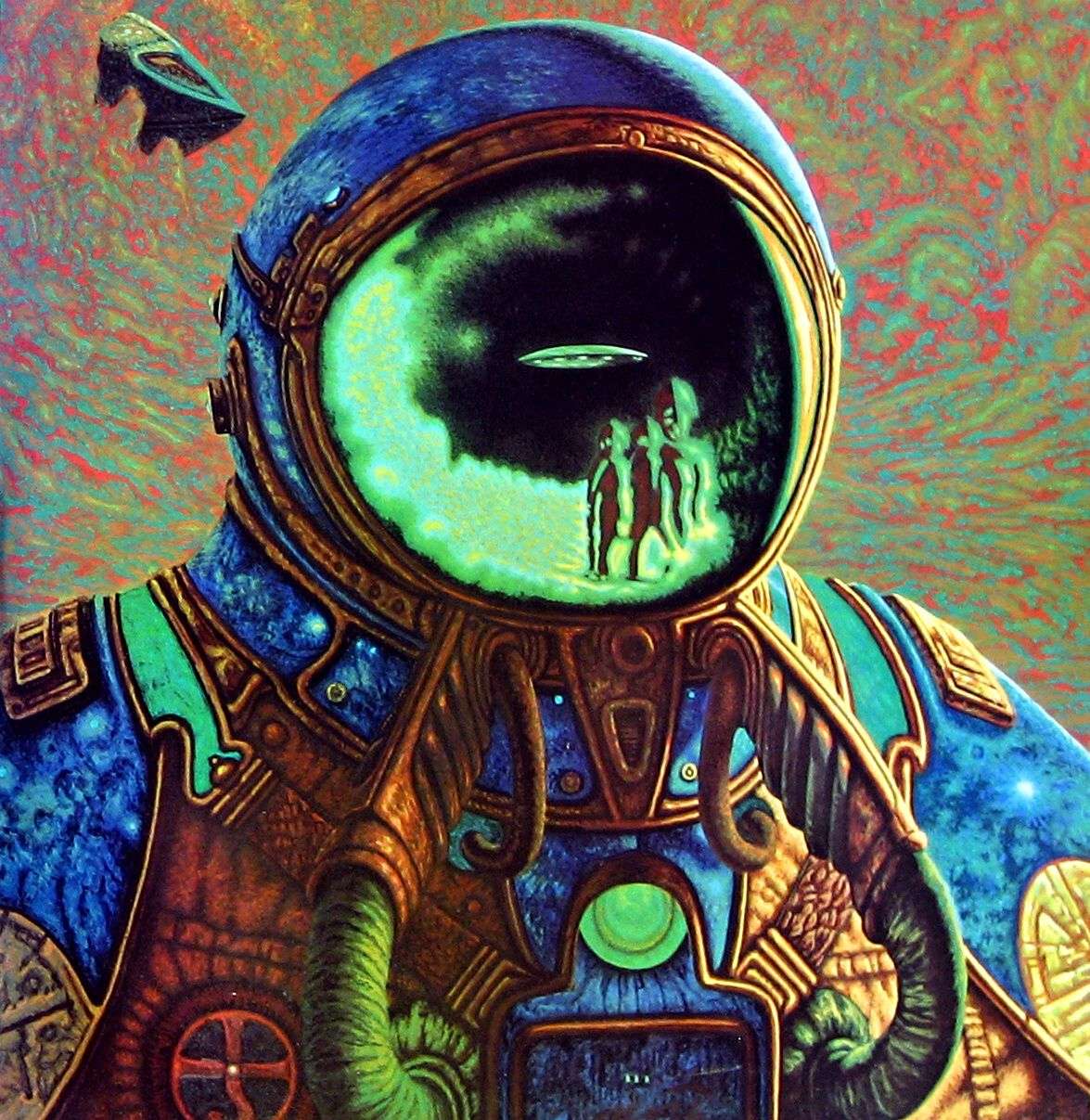 I recently went on a serious Stoner Rock bender, so thought I could make a playlist that serves as a little excursion through everything Stoner. It might not be for everyone, but if you are not completely repelled by heavily distorted electric guitars, please check it out 😉

Stoner Rock is really an umbrella term, bands branch off into Blues, Psychedelic Rock, Doom and Metal. What they all have in common though are heavy, extremely groovy riffs that are played with a highly distorted guitar sound. Also, you can usually find a Black Sabbath song that has a similar vibe.

On this list, I put together some of my favorite bands and sounds. All songs are taken from great albums, so if you like a specific song I can strongly recommend that you check out the entire album that it came from. I also provided some of my thoughts to each song.
The list starts off bluesy, progresses into more psychedelic territory and then becomes darker and more gloomy in the last part.

I hope you can find some joy with this 🙂

1. Demonic Death Judge – Cougar Charmer
A little intro to set the mood. Feels like driving through a desert? You’re in the right place.

2. Buffalo Fuzz – Perfect Man
We get going with some straightforward heavy blues. A classic, bluesy riff erupts into some fine distorted stoner fuzzyness that gets the blood flowing. This kind of crisp, heavy groove is exactly what I like about Stoner Rock.

3. All Them Witches – Charles Williams
‘Lightning At The Door’ by All Them Witches is definitely the best Rock album I’ve heard in a long time. I easily could have picked any song for this list and I really struggled to make a decision (at some point while making the list, half of the album was on here). Somehow, ‘Charles Williams’ stuck with me the most. The song is just really well put together and surprisingly diverse. If you like this, definitely check out the rest of the album, it’s a Stoner Blues masterpiece.

4. Samsara Blues Experiment – Singata (Mystic Queen)
SBE call their music ‘Psychedelic Heavy Blues Rock’, which is really all the description needed. They take us on a elevenandahalf minute, guitar-laden trip consisting of a deep, heavy riff and flowy solo parts, which blend together into a wall of sound that wraps itself around you like a warm, fuzzy blanket.

5. Elder – Illusory Motion
Usually, Elder play pretty heavy Stoner Metal, but on this EP they take a more experimental route and deliver some extremely fluffy Neo-Psychedelic Rock. ‘Illusory Motion’ is very laid back an floaty, but keeps it interesting with some unexpected chord progressions and a crunchy breakdown at the end. It feels (to me, at least) like flowing down a clear, sun-kissed stream full of colorful life.

6. Monolord – The Cosmic Silence (Instrumental)
After the uplifting vibe that we got from Elder, this interlude provides a small, somber break that prepares us for the heavier, darker second part of the playlist.

7. King Buffalo – Orion
King Buffalo shoot us up among the stars with a slow, pounding, lingering riff. On the album, they perfectly combine powerful, sluggish grooves with calmer, more bluesy and psychedelic elements, which creates the kind of contrasting vibes that I really enjoy.

8. sunnata – Lucid Dream
Welcome to the most sinister part of the list. With sunnta, we enter gloomy doom territory. We are invited to join a dark, hypnotic meditation that finds its culmination in a release of thrashing demonic energy.

9. REZN – Waves of Sand
REZN are one of my favorite discoveries from the last year. Their concept is to convey a certain kind of atmosphere on every album they put out. ‘Chaotic Devine’, their most recent release, takes us to an alien desert planet and drop us into some grand, arid, empty landscapes. It sounds like they made this as an unofficial soundtrack to ‘Dune’. On ‘Waves of Sand’ a calm, psychedelic segment builds up to a heavy, doomy finale and somehow they throw a saxophone into the mix and it works perfectly. The rest of the album blends all of this with some ambient and even dubby sections. It’s really cool, check it out.

10. Demonic Death Judge – Filthy as Charged
I could have left it with REZN, but I wanted to end with a punch. So we pick it up, right where the Intro ended, with a final blast of full on Stoner Metal. Extremely heavy, extremely groovy, puts a grin on my face every time.